I am posting a work in progress that began at a recent workshop. The focus was on learning from 19th century master painters. I chose Ivan  Shiskin. He was a Russian painter who became and still is a hero in Ukraine and Russia.  His personal life was tragic. Married and widowed twice, he also lost all of his children to sickness. In spite of this, his love of painting and of common people gave him a mission of bringing beauty to the peasant classes and so he traveled by cart all over the countryside and into neighboring places, such as Germany. This was unheard of in that era. Elitism in art prevented much work from being accessed by the less privileged and for this, he was nicknamed the Tsar of the Forest. Very cool indeed.

Even tho’ my copy may not replicate his exactly, while I’m  painting I love thinking about this ‘giant’ artist with a heart as big as all outdoors. 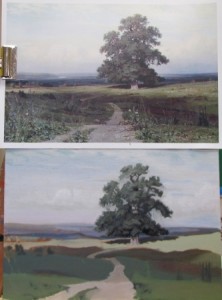 Lots to learn from this guy.

« Orioles, the next chapter!
Painting in July »

3 thoughts on “Forgery…I mean ‘copy’ of a master…” 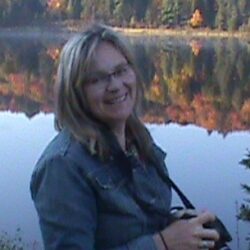